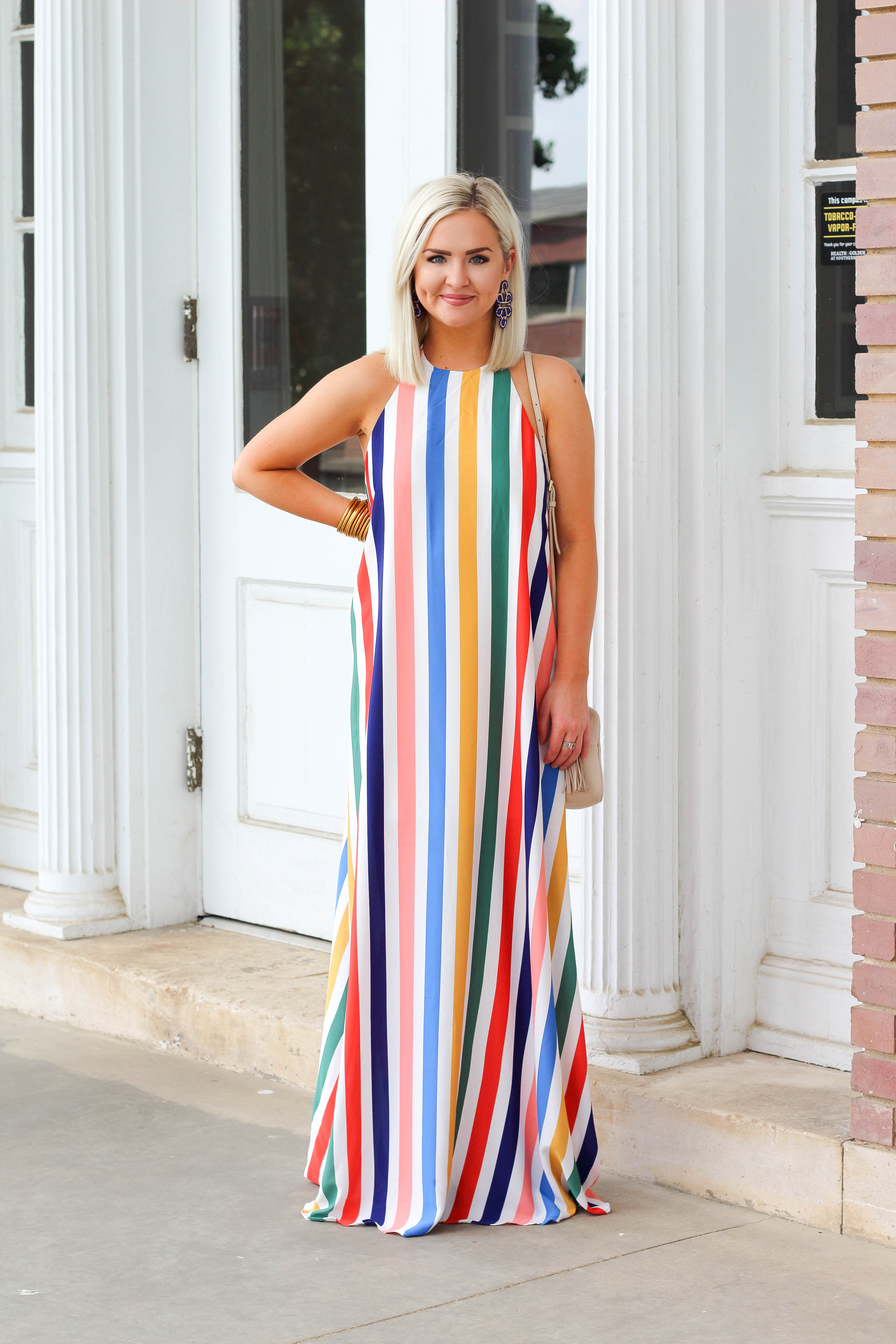 I remember January 1st, 2018 like it was yesterday. I had 5000 followers on Instagram and my blog was hitting maybe 1000 views a month! I was proud of my small accomplishments, but I definitely wasn’t satisfied. I knew there was so much more I could do, so I made the decision to pour all my time & energy into Sassy Southern Blonde this year! I was fortunate enough to have parents who supported my dream and encouraged me to spend 2018 building my blog into a real business! Needless to say, the last 365 days have been full of blood (blogging ain’t easy), sweat, and tears both professionally and personally. And I wouldn’t have traded the long nights and stressful days for anything! One of my favorite quotes is, “Entrepreneurs are willing to work 80 hours a week to avoid working 40 hours a week.” There is nothing more rewarding than working tirelessly and watching the business you OWN find success!

I wasn’t sure exactly how I wanted to write this post, so I decided to break it down per month to cover everything. *Warning* Some months were more intense than others! Haha.

2018 started with high expectations, but no actual idea what the future held for Sassy Southern Blonde! I knew how bad I wanted to turn my little corner of the internet into a real contender in the blogging industry, so I dedicated this year to truly loving myself and making ME happy (with or without a man) to ensure I gave 100% to my blog! My sole focus and #1 priority was (and is) building Sassy Southern Blonde into the brand I knew it could be. Everything else would fall into place as God saw fit!

As February rolled around, I landed a dream collaboration with Neutrogena. I traveled to Atlanta to work with Karlie Clothes, and my IG got hacked… Lol. Thankfully, I recovered it within 24 hours and nothing was lost! (Many tears were shed, though! Haha) Shortly after this fiasco, I hit 10k on Instagram, which was a huge goal for me! It’s just a number, but it was cool to accomplish!

I started March off in NOLA with my friends and had a great time. Since I graduated college in December 2017, I don’t get to see everyone as much, so the moments we do spend together are more special! I ended the month in Charleston on my best friend’s bachelorette trip, which was a DREAM. Charleston has been on my travel bucket list for years, and I finally got to experience it!

April kicked off wedding season with warmer weather, and I loved every minute of it! I also traveled back to Atlanta to work market with Karlie Clothes. At this point, I mainly just went to catch up with them because they are the best! I was also finally figuring out my blog and social media aesthetic: BRIGHT COLORS! Lol.

Since my birthday is May 3rd, this month is easily my favorite. I spent it with my friends eating my favorite Mexican food and got a unicorn birthday cake! After much debate, I finally took the plunge and CHOPPED MY HAIR! I thought I’d regret it, but the short hair is still going strong. I kind of can’t imagine having any other hairstyle now? So weird! Haha.

I feel like June is one of the best months of the year just because it’s officially summertime, plus I had a lot of fun things planned! I went to the lake with my friends the first weekend, then hosted an event with Kendra Scott in Jackson, MS! I was so proud of this!! After that, I headed to Little Rock, AR for a friend’s wedding. Too much fun! I went to Washington DC in mid-June for the second time. This is definitely one of my favorite places to visit!

As crazy as this sounds, July was the BEST month of blogging for me by far!! I never shared this publicly, but one of my photos from my 4th of July beach trip went viral (HERE)… Like 7k likes, over 2k new followers, and almost 25k views on my blog that month. INSANE! And I went into this month thinking it would be slow! LOL. That might not be much to some people, but for me it was unbelievable! I also got to do a cool collaboration with Gigi’s Cupcakes (blog post HERE) and check another place off my travel bucket list- The Pearl Hotel at Rosemary Beach! Sooo maybe July was my favorite month after all?! 🙂

This month was also huge for me on a personal level. I don’t talk in depth about friendships and relationships on here out of respect for the people involved, but I’ll give you some insight because you never know who it could help! I finally accepted the fate of a situation I knew I would never be able to change. As clichè as it sounds, God has a plan and purpose! He knows the people meant to be in your life forever, and the people who were only designed to be there for a little while. Ultimately, I made peace with this (a LONG time coming) and knew the memories would always be there even if the person wasn’t! I closed that chapter on a positive note, which led to a new door being opened!

After coming off such a high, I knew July would be hard to top! August was good because I collaborated with Neutrogena again, and I attended my final market in Dallas with Karlie Clothes. It was so bittersweet because I had gotten super close with a lot of them, but we still stay in touch pretty regularly! I also had a few tough conversations and knew God had a plan even if I didn’t know what it was…

The beginning of September was amazing! Football season started, I began regularly collaborating with Pink Lily Boutique, and saw Taylor Swift in concert. I had been wanting to see her since her country music days! (She did not disappoint either!!) My top blog post of the year was published this month! (Amazon Fashion Finds Under $40)

I wish I could say the ending was as great, but I would be lying! I went through a really tough, and honestly, quite shocking situation. It’s still crazy to think about months later, but I learned the hard way that life isn’t fair and all you can do is keep going. You can’t change the past, but you CAN change the future! Dealing with that really put things into perspective for me and made me have an even greater appreciation for friends who were there to help pick up the pieces! But, there’s a reason it happened, and I’m stronger for it!

The best part about October was connecting with so many other genuinely kind bloggers! I attended an event with Visit Jackson where I met several girls from Mississippi that are also influencers. There aren’t many in the state, so I think it’s cool we were able to all meet and talk! 🙂 I also agreed to a last minute trip to Gatlinburg with three girls I had never met in person (Andrea, Tanner, and Bailey), but I’m SO happy I did! More on that below 🙂 Oh, and another FUN part was going to Oktoberfest in Nashville. 10/10 recommend if you ever get the chance!

Blogging wise, November almost topped July! Between Christmas shopping and Cyber Week sales, my blog views were through the roof. THANK YALL FOR THAT! I boarded a plane for Charlotte to meet up with Andrea and it was like we had been friends for years! We then drove over to Gatlinburg with Tanner and Bailey for a fun weekend trip. LOVE those two as well! (Full details about this HERE) I could go on for DAYS about them, but let’s just say we have some fun things in the works for 2019 😉

I had always wanted to visit New York City at Christmastime, so my mom and I went for a girls’ trip! We got to see and do so much, and I already want to go back. (NYC Recap HERE) After that, I had a wonderful Christmas with my family, and I worked on more dream collaborations with companies like Francesca’s and Jane.com! I ended 2018 in Nashville with my closest friends so happy, content, and excited for 2019!

Through the highs and lows of 2018, I learned more about myself than I ever have before. I learned what it felt like to be truly content and satisfied with my life and where it’s going! 2018 was also about overcoming tough situations and trying to handle the cards I was dealt with maturity and grace. Don’t get me wrong, I made so many mistakes. SO many. I didn’t always act maturely or gracefully, but I tried. And sometimes, that’s all you can do! Learn from it and move on. So here’s to 2019! May it be filled with happiness, growth, and lots of LOVE! And as always, thank you for your continued support of Sassy Southern Blonde. It means everything to me!